What’s with the French and 1 April, the day when school children go around pasting paper fish on the backs of the unsuspecting and yell “Poisson d’avril !”. No one knows for sure but there are plenty of adorable, probably not-entirely true theories behind the tradition. 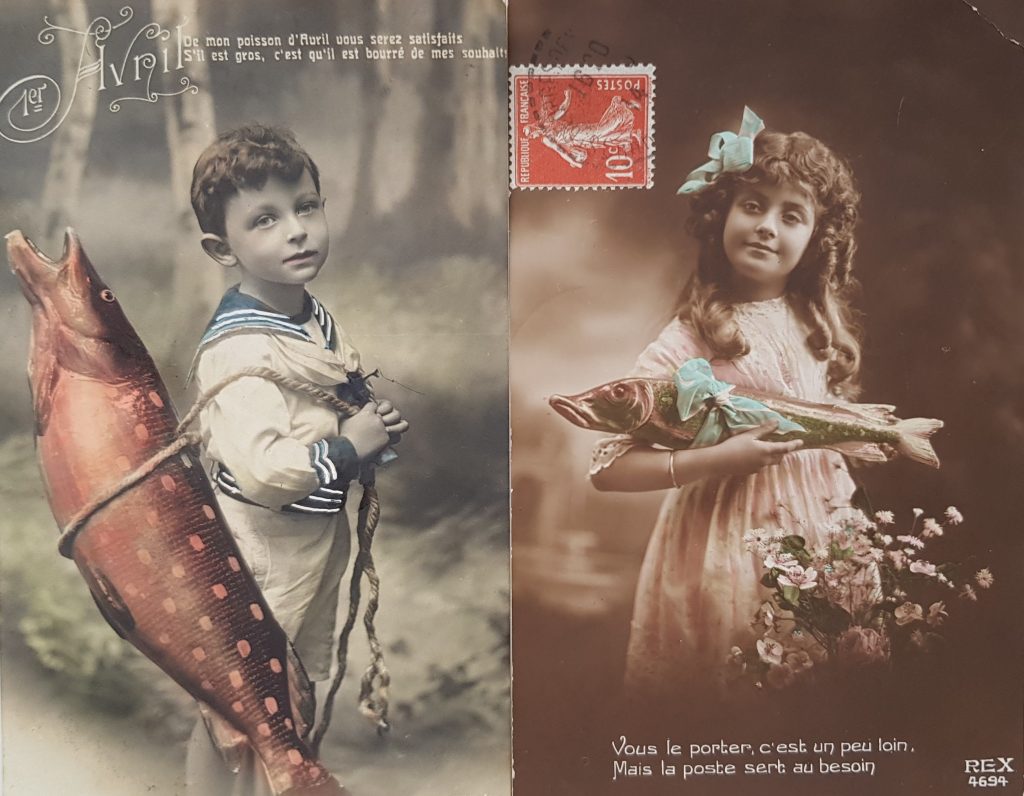 One comes from the fact that back in the day the new year began around the first of April. That changed in 1564 when King Charles IX took France into the modern world by adopting the Gregorian calendar and a new year beginning with January. This caused understandable confusion and frustration. (Think about it. As it is, Daylight Savings Time throws me off for weeks. Imagine shifting a whole season.) The response was to jokingly continue to celebrate the beginning of the new year on 1 April with gag gifts of fake fish.

Okay, but why fish? It may have been connected to Lent which often fell about this time of year. Meat was forbidden and fish was a big treat, ergo giving someone a fake fish was hilarious. (Don’t ask me, I don’t understand pranks at the best of times.) It is more likely to be linked to the fact that fishing was forbidden in Spring in order to give fish a chance to spawn and replenish stock for the coming year, making it one witty jape to plant some dried herrings, then pretend you had found some hard-to-find fresh fish with a cry of “Poisson d’avril !” Or something like that. The happy result was a fad around the turn of the 20th century for Poisson d’avril cartes postales and today I have rounded up a few, along with several Easter post cards of the same era.

To use, click on a photo (there are four postcards per page) for a larger image, then right click and copy into an editing programme such as Paint. (I use Word but that is only because I am used to doing it wrong.) You can then resize if you wish and print, or use in your digital collage. Go crazy. Poisson d’avril and Heureuses Pâques ! 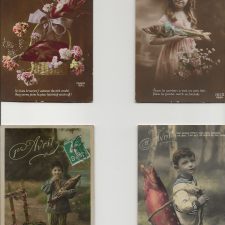 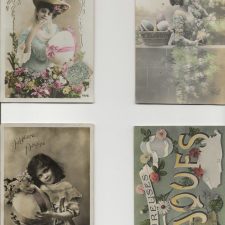 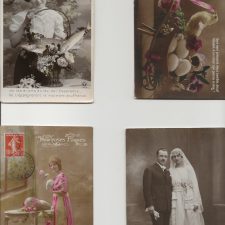 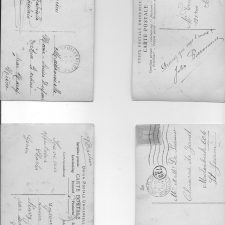